Why The Asch Conformity Experiment is Relevant to the Coronavirus 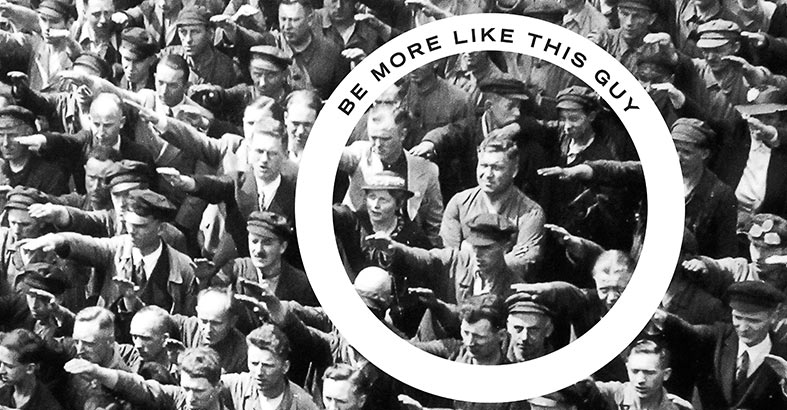 Why Asch Conformity Experiment is Relevant to the Coronavirus.
The media is pushing heavily toward conformity. They are telling us to wear masks even though they have not isolated the virus, the projections of deaths were astronomically incorrect, asymptomatic spread is incredibly rare and the science on the effectiveness of masks is poor at best.
We know the virus doesn’t live on surfaces and yet stores are wiping down their surfaces obsessively.
This action alone shows you the power of the hypnosis we are under. The virus does not live on surfaces and yet we are wiping down surfaces to keep us safe. Accepting this as normal is the beginning of “doublethink” coined by George Orwell
We know that taking care of our bodies strengthen our immune system and is crucial for out health and yet we can’t open gyms.
We can’t protest for our freedom but we can protest for black lives matter. The media also tells us that those protests that were pre-approved by the media has not caused an increase in covid spread.
Why do so many people follow along and not question? The first reason is that we are taught to obey authority in school and it is engrained in us.
When is opposing your will on another person helpful? What makes sex not rape? Consent.
Can you think of a time in history where people were all forced to do something against their will and it was a positive thing?
It’s interesting to see those attempting to shout, scream, shame, and guilt you into submission believe they are virtuous and protecting others.
The truth is that you are voting for oppression and tyranny. If you want to mandate your views on another person for any reason you are voting for suppression.
These types of people use ridicule repeatedly and automatically. The posts I’ve shared as well as many of my friends are met with laugh emoji’s, attacks, shaming often and yet do not share information to backup their opposing view.
Sometimes they’ll share a propaganda piece that when investigated also contains no science, weak science, projections or models. Instead they attack and ridicule you.
On the other side those who are arguing for freedom and questioning the narrative choose ridicule less frequently. Regularly people have to bravely share a post that contains solid evidence contradicting the narrative and they are mobbed and persecuted by group think.
Obedience is not a virtue.
Fear is not a virtue.
Your action should come after critical thinking. If your action and views are to impose your ideas on others the burden is on you to have impeccable evidence.
Even with impeccable evidence to mandate your perspective on another is tyranny.
It was obedience and rule followers that created the third reich, created the public school systems where horrendous crimes and genocide was committed toward Native American people, and persecuted people all over the planet.
Slavery and injustice requires the participation of people. Leaders have known for thousands of years to motivate the people to action you must have an enemy to fight against. Today our manufactured enemy that requires our submission to overcome is invisible.
Here is the conclusion of the Asch experiment.
“Nearly 75% of the participants in the conformity experiments went along with the rest of the group at least one time (they chose the wrong answer deliberately) . . .
At the conclusion of the experiments, participants were asked why they had gone along with the rest of the group. In most cases, the students stated that while they knew the rest of the group was wrong, they did not want to risk facing ridicule. A few of the participants suggested that they actually believed the other members of the group were correct in their answers.”
A person who chooses ridiculing others is likely to be conditioned by group think and are obedient to a system they have not questioned.
Read more details about the Asch Conformity experiment here: https://www.verywellmind.com/the-asch-conformity-experiments-2794996
Share This