Why is Dr. Christiane Northrup Peddling Conspiracies on Vaccines? 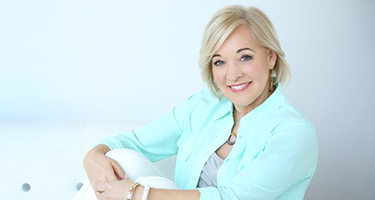 Dr. Christiane Northrup is an amazing human who is currently enduring an attack by the weaponized and controlled mainstream media backed by big tech and pharma.
Here are some things to consider. Dr. Northrup is a multiple New York Times best selling author, been on the Oprah Winfrey show and was voted top 50 most trustworthy people in the United States by readers digest just to name a few things she has accomplished.
Dr. Northrup has committed her life in the best way she knows how to make a positive difference. So why after all these years of service is she all of a sudden being attacked and slandered?
The answer is simple and she is not the only one. In her pursuit of health she accidentally stumbled across the harm vaccines cause and the money behind them. Did you know that pharmaceutical companies are the #1 advertiser in television and #1 lobbyist in government?
Do you know that the Flexner report of 1910 is when Rockefeller and Carnegie essentially hijacked modern medicine and made anything that wasn’t a pharmaceutical or vaccine “quackery” this includes herbal, Ayurvedic, or any medicine a traditional native American community would have been using for thousands of years.
Since most people are not doctors let’s start with some self inquiry. First, ask yourself how much research have you done? What do you know about vaccines and what she is speaking of?
The next thing to consider is why would a person stick their neck out to be ridiculed, marginalized and deleted?
Why does society think it can treat people so brutally? We have ignorant adults acting like children bullying others because they can do it freely behind a computer without a consequence.
Their delusion of self importance and virtue has caused them to forget how to treat other human beings with respect and decency.
Why is not possible to apply the golden rule or have a conversation?
The reason is that if a conversation was had the truth would be obvious as seen in the Robert Kennedy vs Alan Dershowitz debate on vaccines.
Another thing to consider is a person’s demeanour. I will post a video of a smear video by paid shill Zdogg MD. He has done several videos.
When you look at the character, work history, and delivery of information between Dr. Northrup and Zdogg there is a clear distinction.
Is it more likely that the global health care mafia that wants to vaccinate the entire planet for the rest of humanities history has a monetary incentive or that Dr. Northrup is a quack?
When you take the time to do some research and weigh the evidence the answer is clear. Sadly many people are unwilling to put in the work and take the bait of virtue signalling and shaming rather than educating and empowering themselves and others.
In times of conflict it can be challenging to know the absolute truth. When people are divided it is hard to know if you are on the side of spirit, nature or God.
To know which side you’re on it’s simple. You just have to ask one question.
Do my views and beliefs takeaway the freedom of choice of another?
If your beliefs take away a person’s freedoms and must be enforced on another person or community you are on the side of the oppressor.
Natural Law and common law are common sense. Oppressors activate people through fear and ignorance.
I am proud to stand with Dr. Christiane Northrup and all the other doctors and people standing for truth, justice, and have committed themselves to building a better world!
Josh Trent David Martin Deedee Devi Pierre Thériault Marki Plays Sky Sierran Kubby Rok Sivante Randy Hillier Cal Washington Josh del Sol Sayer Ji Kelly Brogan Robert Steele Robert F. Kennedy, Jr
Here are some supporting links and articles.
1. Dr. Northrup on the Matt Belair show
https://www.youtube.com/watch?v=sJ2JMOmTAdg&t=3660s
2. ZDogg’s rebuttal. Pay attention to his character, persona, and then look up for yourself what he is claiming. It’s not true many others have called out the same thing that Dr. Northrup have
https://www.youtube.com/watch?v=sFOGBeLPUnY – You’ll also note that if you google her name this person’s video comes to the top. I wonder why?
3. Plandemic2 Documentary explaining the financial incentives of big pharma and existing patents https://www.bitchute.com/video/i9QS26rLPlr2/
4. Kennedy Vs Dershowitz Vaccine debate: https://www.youtube.com/watch?v=IfnJi7yLKgE
5. Rockefeller medicine: https://www.corbettreport.com/rockefeller-medicine-video/
6. Who is Bill Gates? Helps to give context to his patent.
https://www.corbettreport.com/who-is-bill-gates-full-documentary-2020/
7. Flexner Report: https://www.cancertutor.com/flexner-report/
8. Germ Theory vs Terrain Theory: https://www.bitchute.com/video/m5W86NYQxPBr/
9. Global Health Care Mafia https://www.bitchute.com/video/1Z5VYqJqrtI/
10. Vaxxed: https://www.bitchute.com/video/pbDyJl3SbRmc/
11. Vaxxed 2: https://www.bitchute.com/video/vEeZ1z2qpQag/
Share This