The Argument For & Against Mandatory Vaccine: WHO is the Real Enemy? 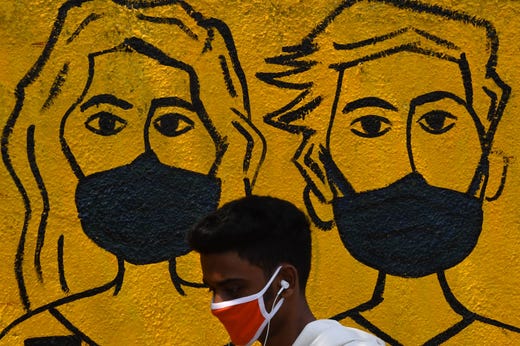 Dr. Judy Mikovits completed a joint PhD program in Biochemistry and Molecular Biology at George Washington University in 1991.
Her PhD thesis was titled “Negative Regulation of HIV Expression in Monocytes.
She worked for years on HIV and tried to warn people of the dangers she found. Anthony Fauci used it as an opportunity for further his political career.
Dr. Judy was jailed and is being smeared all over mainstream media and yet has never changed her story. She stood by her convictions and is paying the price.
Dr. Judy Mikovits has done interviews with Dr. Dolores Cahill.
Professor Dolores Cahill has degree is in molecular genetics and her PhD is in immunology where she was using antibodies and making libraries to try and improve the outcomes in cancer. She also spent eight years in the Max Planck Institute for Molecular Genetics in Berlin.
Now they are asking for Dolores Cahill’s is being attacked. If you listen to these women speak and look at their history can you see a motive where they would intentionally try and harm people?
Or are they familiar with the establishment and people they work with and realize corruption is possible.
These women are also supported by Dr. Dr. Rashid A. Buttar who is a former military special officer and Surgeon and Bruce H. Lipton, Ph.D
One has to wonder why you would continue to share your story when you get jailed, viciously attacked and threatened?
Why would you keep sharing your story if your life and job were on the line?
Officer Greg Anderson was fired for speaking his mind and refusing to take his video down that explained what he was witnessing.
Why would you risk your job and life for a lie?
The more this continues the more it seems a challenge to bridge the gap of polarity. Some people believe that others should be forced against their will to obey to whatever legislation or ideology is deemed best for society.
You do not have to look far back in history to realize that idea usually comes with consequences.
It seems in the virtual world of facebook, television, and newspapers we are at war with each other.
Divide and conquer has been the strategy of the rulers for centuries.
You may do as you please. I wish you well. I ask only for safe passage. If you believe the rain is dangerous and are mandated to use an umbrella and I would like to experience the ran why must I wear one.
Only one side of this equation is trying to force another even though the science is not settled and evidence sways heavily in one direction that does not call for further tyrannical measures.
If this were for our safety they wouldn’t be censoring real world doctors with front line data whose research turned out to be accurate.
Socrates was put to death for denouncing the Gods of the day and for “corrupting the minds of youth”
Society is still the same.
If you research the origins of vaccines and polio as Dr. Andrew Kaufman has done you’ll discover some interesting information.
The Flexner report, WHO, and global health organizations are also things a person should study and not just take media’s word for it.
Mark Passio who has studied how war and atrocities have occurred throughout history says that evil does not exist in the world because of those manufacturing the wars and creating the division. It is done by those who simply follow orders without critically thinking and questioning what is right and wrong.
The first rule to control a nation is to create an enemy. If we are fighting amongst each other.
What type of world do you want to live in? How do we imagine it and create it?
1) Flexner Report
2) Order Followers
3) Germ Theory vs Terrain Theory
4) The Danger of Masks
5.) We are being played
Share This